Please fill in at least 3 characters

Les Petits As is one of the most prestigious Tennis Europe Junior Tour events. Taking place in Tarbes, France, the tournament is now at its 41st edition.

What to expect this year? As always, the Super Category event brings together the best 14 & Under players. The girls’ draw looks strong, with Ksenia Efremova leading the list. Champion at the Junior Masters only a few months ago in Monte-Carlo, she definitely has her eyes on this trophy as well. #2 seed Giulia Safina Popa (ROU) just played the Category 1 tournament final in Bolton and lost against Annika Penickova (USA), who is also competing in Tarbes. The 2022 Overseas Player of the Year Victoria Luiza Barros (BRA), and the recent 12&U Festival champion Keisija Berzina (LAT) are other contenders for the title.

In the boys’ draw, Savva Rybkin, Svit Suljic (SLO) and Mark Ceban (GBR) are the top 3 ranked players. Ceban just claimed his first titles of the year in Bolton, having won both the singles and doubles competitions. One of the local favorites Moise Kouame is in the Race to Monte-Carlo Rankings’ top 10 and played the last Super Category final of 2022 in Stockholm.

Keep an eye on Tennis Europe’s social media channels: Instagram, TikTok and Facebook. There will be many exciting things happening this week in Tarbes, and not just on the tennis court. Today at 6PM the players will attend the first Junior School of this year, where topics such as Safeguarding and Social Media will be covered. For live videos, scores and more, check the Les Petits As match centre: https://www.lespetitsas.com/match-center/

For a second year, the Academy will offer training opportunities to top talents from Europe's developing tennis nations.

The European Tennis Federation and the Mouratoglou Academy are offering special training weeks to extraordinary talents (boys or girls aged 12, 14 or 16 & Under) from emerging nations (Tier 1 Development countries). The experience includes transfers, accommodation, daily training and full board.

The famous academy is located in the heart of the French Rivera (20 minutes from airport Nice) and is the first and only academy to be officially endorsed by Tennis Europe. It offers 12-hectares of sport paradise, including 34 tennis courts, 4 padel courts, 4 swimming pools, a 4-star hotel, a spa, a country club, 2 fitness centres and an innovative sports medicine centre. Players like Stefanos Tsitsipas, Coco Gauff, Holger Rune and Brenda & Linda Fruhvirtova train at the Mouratoglou Academy, under the mentorship of founder and owner Patrick Mouratoglou.

New champions crowned at the 12 & Under Festival

Anton Kahlig (AUT) and Keisija Berzina (LAT) are the new champions after a memorable week at the season-ending event. Read more..

The 12 & Under Festival is over for another year. Anton Kahlig (AUT) and Keisija Berzina (LAT) are celebrating as champions of the festival’s second edition, after a memorable week at the Rafa Nadal Academy in Mallorca, Spain. | 📸 Photo Gallery

29 Tennis Europe member nations were represented by the 64 players during the season-ending tournament. Of the qualified players, 49 won or were runner-up at a Category 1 tournament in 2022, while the others received wildcards.

For the first part of the competition, the 32 boys and 32 girls were divided into 8 groups of four. Following the round-robin stage, the winner of each group qualified for the quarter finals.

Besides giving the players an early opportunity to get an experience of the look and feel of a professional tournament, the organisers ensured the players would enjoy a true Festival atmosphere, with a wide range of activities taking place throughout the week. The busy agenda included visits to the Rafa Nadal Museum, sports events, a players’ party, and a well-attended introductory session of the Tennis Europe Junior School. Both live streaming and live scores were available throughout the week for each match.

Austria’s Anton Kahlig played against local favorite Izan Banares Lasala in the boys’ final. Kahlig proved to be more consistent throughout the entire match, while the Spaniard made more errors, despite being physically stronger. Leading 7-5 5-2, Kahlig seemed to have relaxed a bit, offering his opponent the chance to get back in the game and hope for a comeback. However, at 5-4 he regained his focus and quickly won the game, match and tournament. With the win, Kahlig ends a great year on the Junior Tour, in which he played 45 matches and won four 12 & Under finals.

The girls’ final was played between Keisija Berzina and Andreea Olariu (ROU). The two players were no strangers on the court, as they recently teamed up for a doubles tournament in France, but they had never played singles against each other. Olariu won a 14 & Under tournament held at the same venue the week before the festival, so she felt comfortable enough to breeze through this tournament. Berzina, on the other hand, had a more difficult road to the final, playing three consecutive battles with a match tiebreak. Even so, she has plenty of energy and was not intimidated by the taller Romanian. Barzina wrapped up an intense first set, which lasted almost an hour, whereas the second one concluded the tournament in just 30 minutes. This was the third tournament win for Berzina in 2022, a year in which she also started competing in 14 & Under events.

The boys’ doubles final saw Pavel Oliver Dufek & Matyas Marsik (CZE) vs. Lucas Alexandru Milos & Andrei Radu (ROU). Only a few points made the difference between the two teams, the Czechs ending triumphantly after a 7-5 4-6 10-2 match.

Lea Haider-Maurer and Anna Pircher from Austria defeated Tea Kovacevic (BIH) and Sara Mitevska (MKD) in the doubles final. The Austrian girls had a tough road through the tournament, just scraping through their opening match against Czechs Jana Kovackova and Katerina Zajickova 7-6(5) 1-6 11-9. However, by the time they reached the final they were in dominant form, securing the title in less than one hour, 6-1 6-2.

Rafael Nadal sent a message of congratulations and encouragement to all the players, saying “I would like to congratulate all of you who qualified to play in this tournament at the Academy. I know that the whole team that makes this event possible has put a lot of effort in organizing it, so I hope you will take advantage of it. I also hope you had a great time competing, not only for yourselves, but also for your countries. That is something that I have always loved and enjoyed throughout my career, because to achieve success you have to work as a team, make sacrifices and not think only of yourself. My wish is that you have enjoyed Mallorca, that you have enjoyed the facilities and that soon we will be able to see you playing here. I wish you all the best for the future in Tennis Europe tournaments and in your careers”

The Race to compete at the Tour's season-ending Masters is already under way!

The Race to Monte-Carlo 2023 has officially begun. All players from Tennis Europe member nations are now eligible to qualify for the next edition of the Junior Masters.

Europe’s top 8 boys and girls aged 14 and 16 & Under have the opportunity to compete in the spectacular season-ending tournament held at the Monte-Carlo Country Club, also home to the ATP Masters 1000.

Race points can be gained at all Tennis Europe Junior Tour events between now and 14 days before the start of the 2023 edition. For more information about how to qualify, click here.

The Junior Masters offers a unique experience, guiding the players into their professional careers, as former champions include players such as Kim Clijsters, Rafa Nadal, Alexander Zverev and Belinda Bencic can attest. Zverev recently told us, “The Masters was always a special event, you really felt you were part of the elite group, the best juniors.”

Follow us on Instagram for detailed weekly Race to Monte-Carlo updates, or check out the full rankings here. 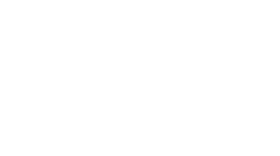 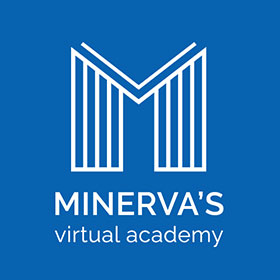